Let`s go on a sailing adventure covering both the known and the not-so-well-known Cycladic islands - the iconic houses in blue and white, sandy beaches, and turquoise sea, which embody the spirit of Greece. The Cyclades greet their guests with charm and famous Mediterranean hospitality.

To explore Greece by sea is to reveal its true secrets. If you're planning to go sailing in the Ionian Sea during the summer months (June to August), it’s important to book your boat months in advance to ensure you have the best boat for what you're looking for. Novice sailors can charter a boat with a qualified skipper and find out as much about sailing as they'd like.

Amorgos is the most eastern island of the Cyclades. The island has an archaeological and cultural heritage and visitors certainly has a lot to see and do. Whether one wants to explore the deep blue of Amorgos's bottom or the high peaks of, or even simply arrives in a deserted beach. White houses, great views, and overall coziness are trademark features of this charming island.

Anafi is a lovely small island with excellent beaches. It is only 12nm east of Santorini, the island is still unknown to the masses of tourists. According to the legend, the island was given the name Anafi because it appeared to the Argonauts as a shelter from a storm. Among the attractions of the island that are not to be missed are the abandoned monastery of Panagia Kalamiotis, the remains of an ancient Venetian castle, and the church of St. Anastasius. 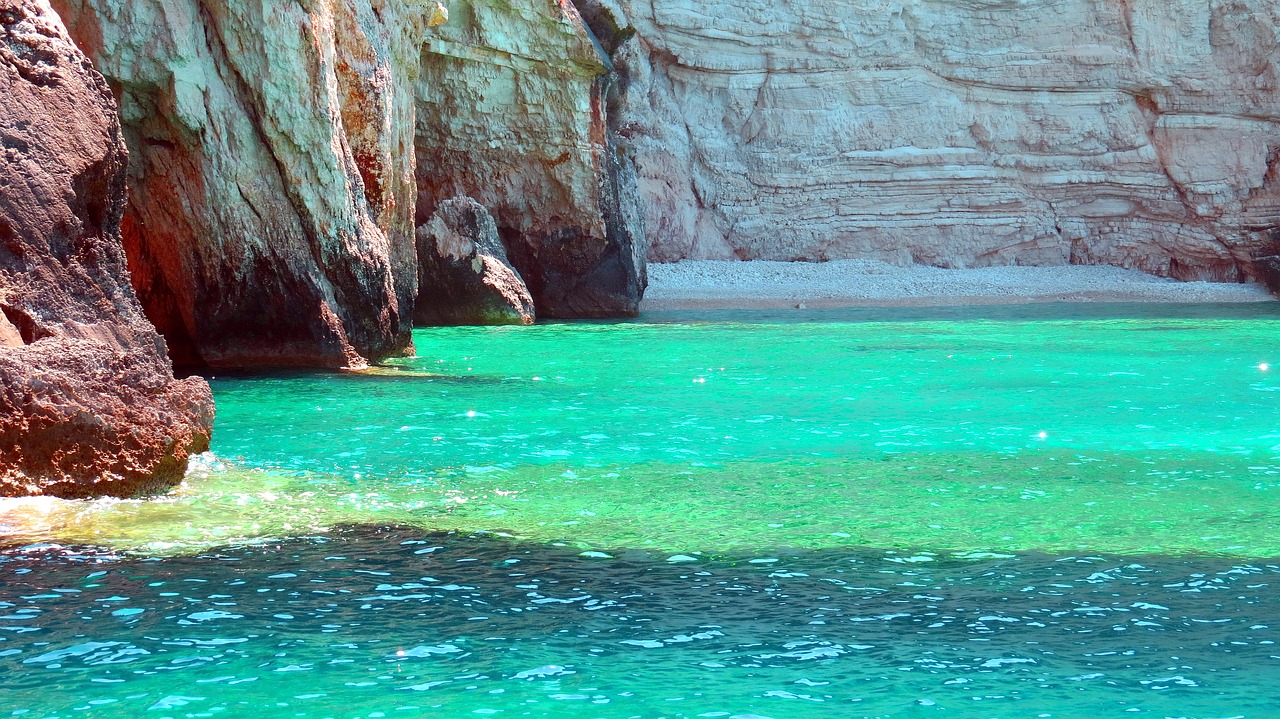 The northernmost of the Cyclades group hides interesting historical landmarks, mineral springs, and breathtaking landscapes - bizarre rock formations, fertile valleys, aristocratic architecture in neo-classical style. The island houses the Museum of Contemporary Art of the Cyclades with a rich collection of paintings, including works by Picasso, Matisse, Kandinsky, and Rodin.

Antiparos is a small island in the southern Aegean, located at the heart of the Cyclades, right next to Paros. Not to be missed – the Antiparos cave is the only vertical cave in all of Europe with a depth of app. 85 meters. It showcases the most exquisite stalactites and stalagmites making this one of the finest enchanting natural museums in Greece.

Donoussa - the northernmost from the Cyclades archipelago, is a true gem! Its only 13.75 km2 in the Middle Ages was used by pirates as a refuge. Diving enthusiasts can sneak into a cave full of sea otters or view the remains of a German warship that was sunk during World War II. 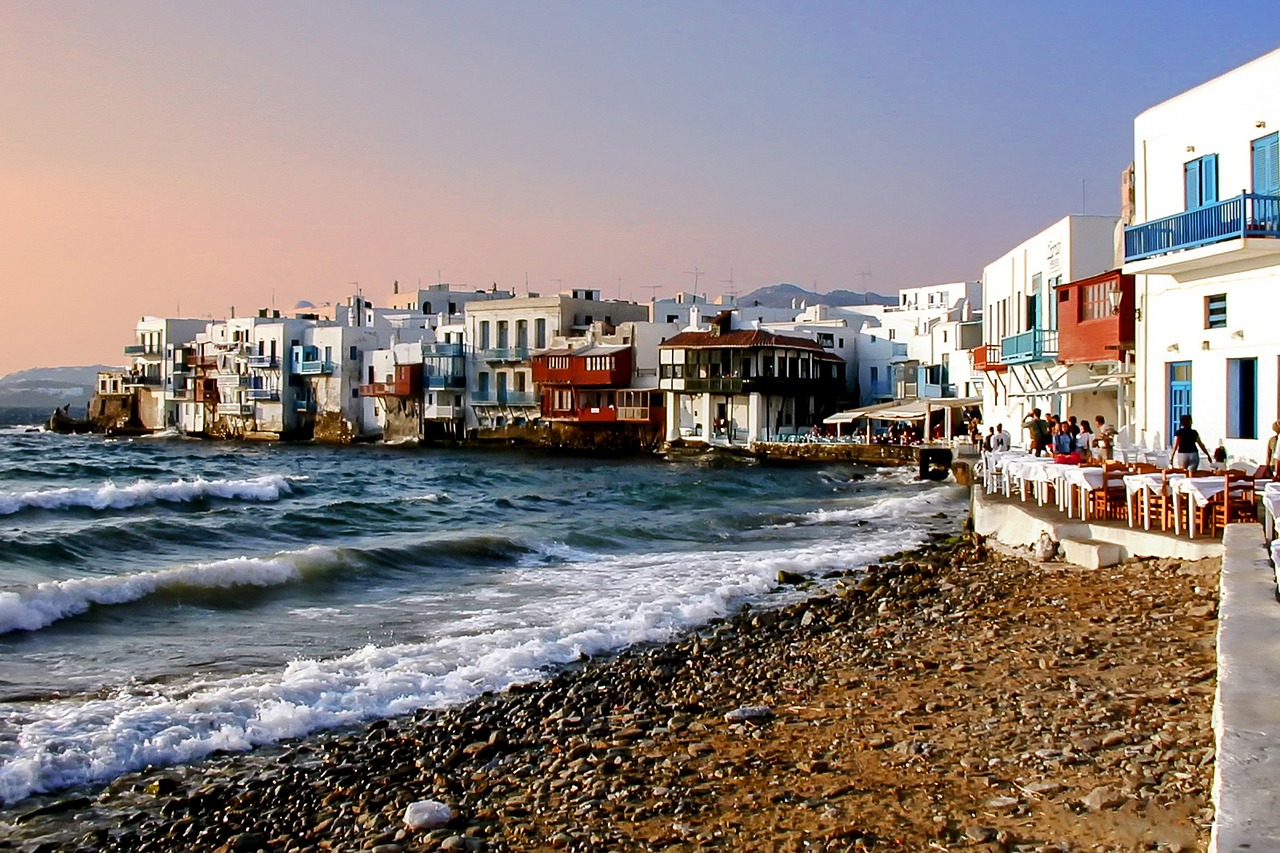 Ios covers an area of 108 square kilometers and can definitely be called a "party island" - countless bars, nightclubs, and taverns with live music make sure the party goes on! The island is also suitable for lovers of nature and history. It is thought that the poet Homer was buried in the northern part of the island.

Kitnos is a charming blend of wildlife and authentic Greek culture. The healing mineral springs in the village of Loutra, the pristine beaches, and the archeological excavations of Kitnos guarantee solitude and rest from the city bustle.

The island that does not sleep after sunset. Mykonos is famous for its cosmopolitan character, dynamic nightlife, and attractive beaches. The mascots of the island are the windmills and the pelican Petros, rescued by local fishermen after a storm. "Little Venice" is a popular part of the island, right on the shore, where the waves crash into the rocks, just below the colorful buildings overlooking the sea. 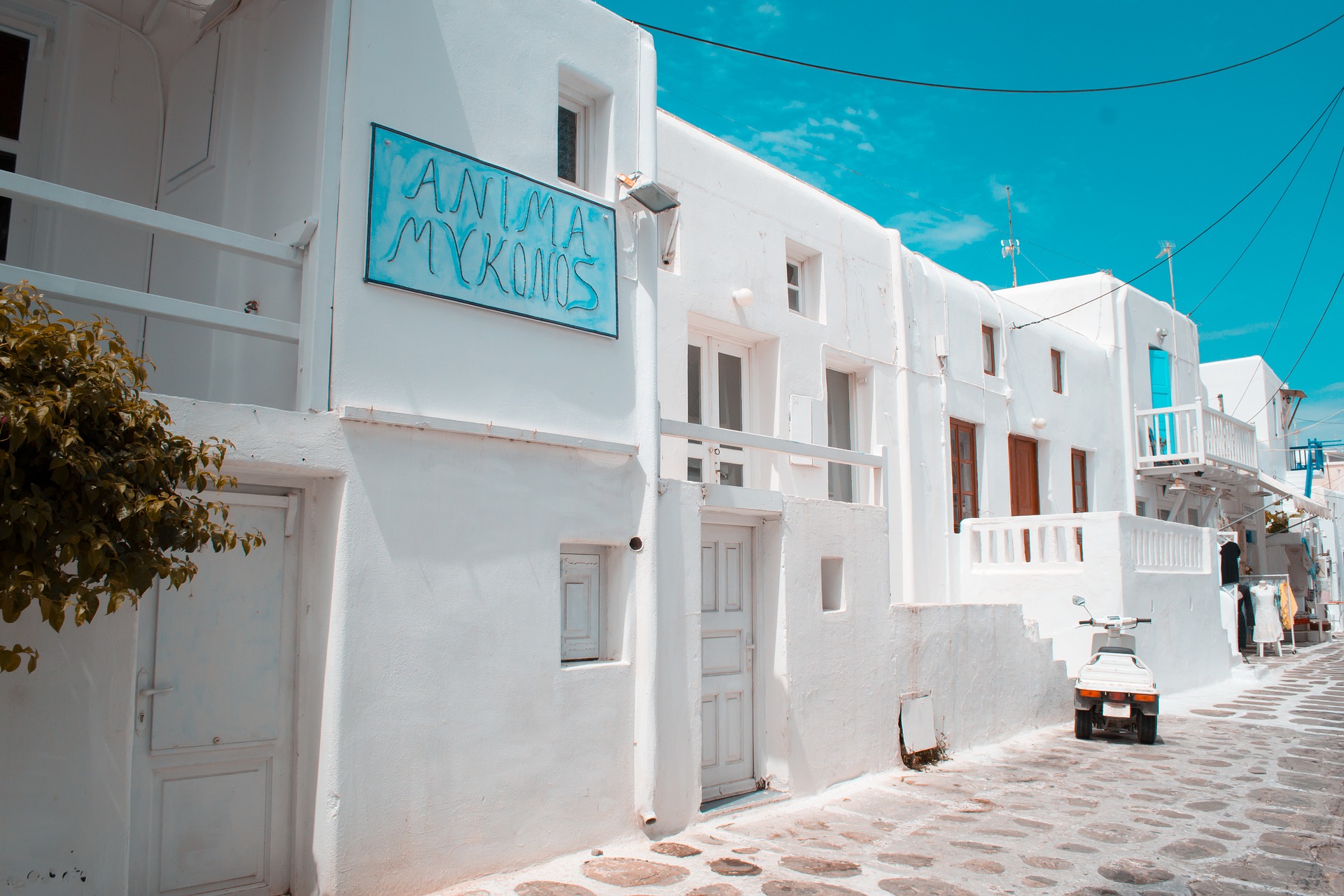 Milos is a horseshoe-shaped volcanic island, the westernmost of the Cyclades. In 2019, According to a new list published by CNN, Milos ranked among the ten most beautiful islands in the world! The Greek island is also known as the site where the Venus de Milo statue from antiquity was rediscovered during the 19th-century and last but not least – as the birthplace of Aphrodite.

The largest of the Cyclades is only 103nm away from the port of Piraeus (Athens). On the 91km long coastline there are many beautiful beaches - Agia Anna, Agios Prokopios, Alikos, Kastraki, Mikri Vigla, Plaka and Agios Georgios. On the island is the highest peak of the Cyclades - once on top of Mount Zeus, enjoy 360° views over Naxos.

Paros - the third largest of the Cyclades captivates with its golden beaches, ancient marble quarries, an authentic fishing port, and an authentic Venetian fortress. The island is also a windsurfing and water sports center. Last but not least - is set to become the first plastic-free Mediterranean island! 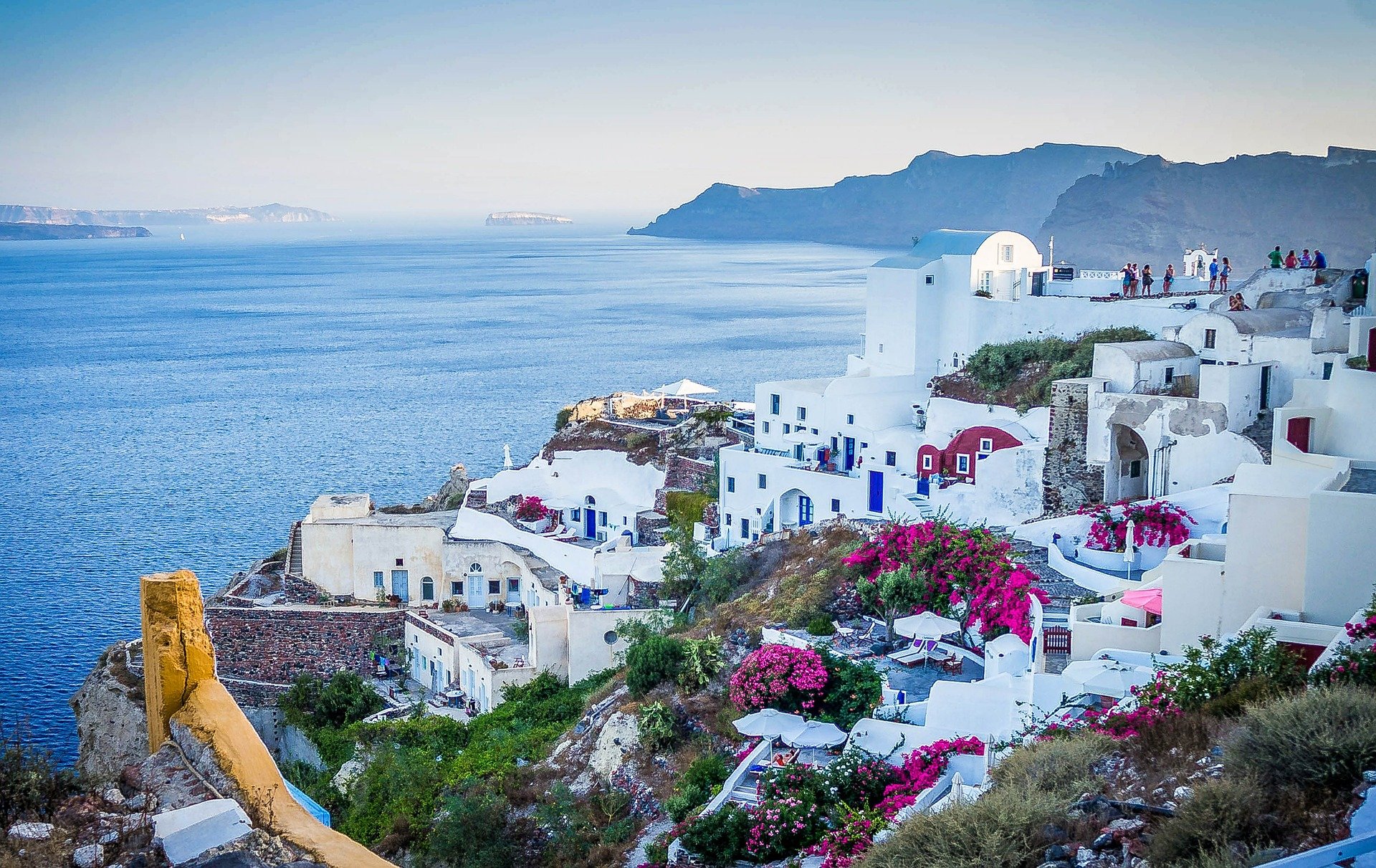 Santorini is a volcanic island with typical whitewashed houses, blue-domed churches, paved paths, and dazzling views of the endless horizon. The island is one of the ultimate getaways in Greece packed with great things to do and places to go - ancient archaeological sites, multi-colored beaches, hot springs, etc.

Serifos is located in the western part of the archipelago - south of the islands of Kitnos and northwest of Sifnos. In 2019, the beach Vagia, with its blue and pristine, became the first smoke-free beach in Greece. Worth visiting - Chora, the ancient capital, which sits 200 meters above sea level.

Syros is the most populated of the Cyclades and is located in the center of the archipelago. Here, however, you will not see the typical whitewashed houses with blue shutters, on the contrary - the architecture is neoclassical with colorful buildings - a mixture of Cycladic and Venetian architecture. The capital is the charming town of Ermoupoli, which the locals call the "Queen of Cyclades". 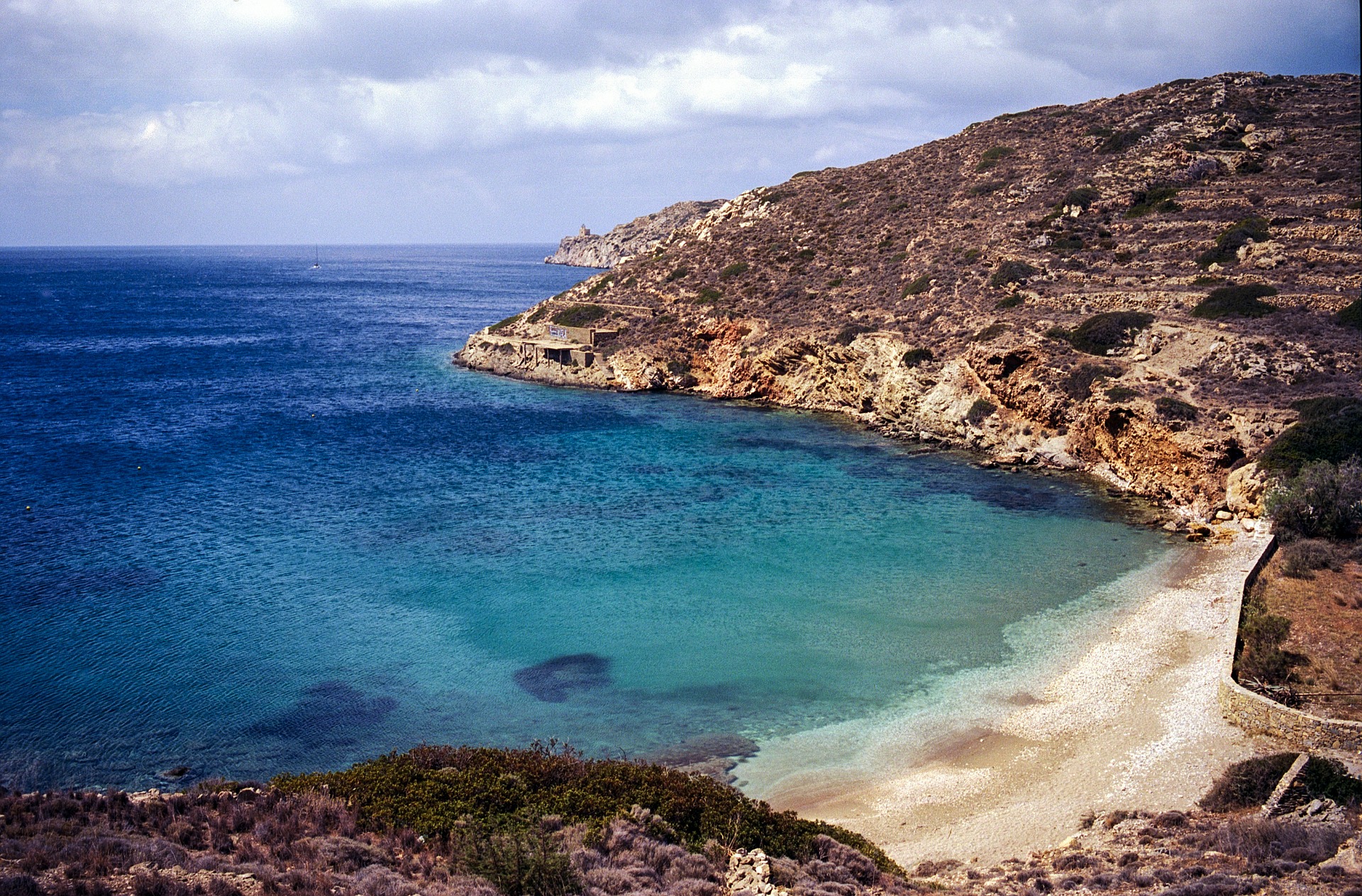 Sifnos is located in the western part of the Cyclades and is known as the island of poets, acclaimed winemakers, and masters of ceramics. Apart from pottery, the island has a long tradition of gastronomy. The traditional local products that we always enjoy are honey pies, cream cheese "Manura" and "Xinomizitra" and almond cakes. Sifnos has excellent conditions for lovers of diving and water sports.

Tinos is the fourth largest of the Cyclades. The island is still unknown for most tourists and its beaches are one of the best-kept secrets in the Aegean. Tinos is filled with secrets - dusty roads, aristocratic marble squares, magnificent sea views, and Venetian architecture. 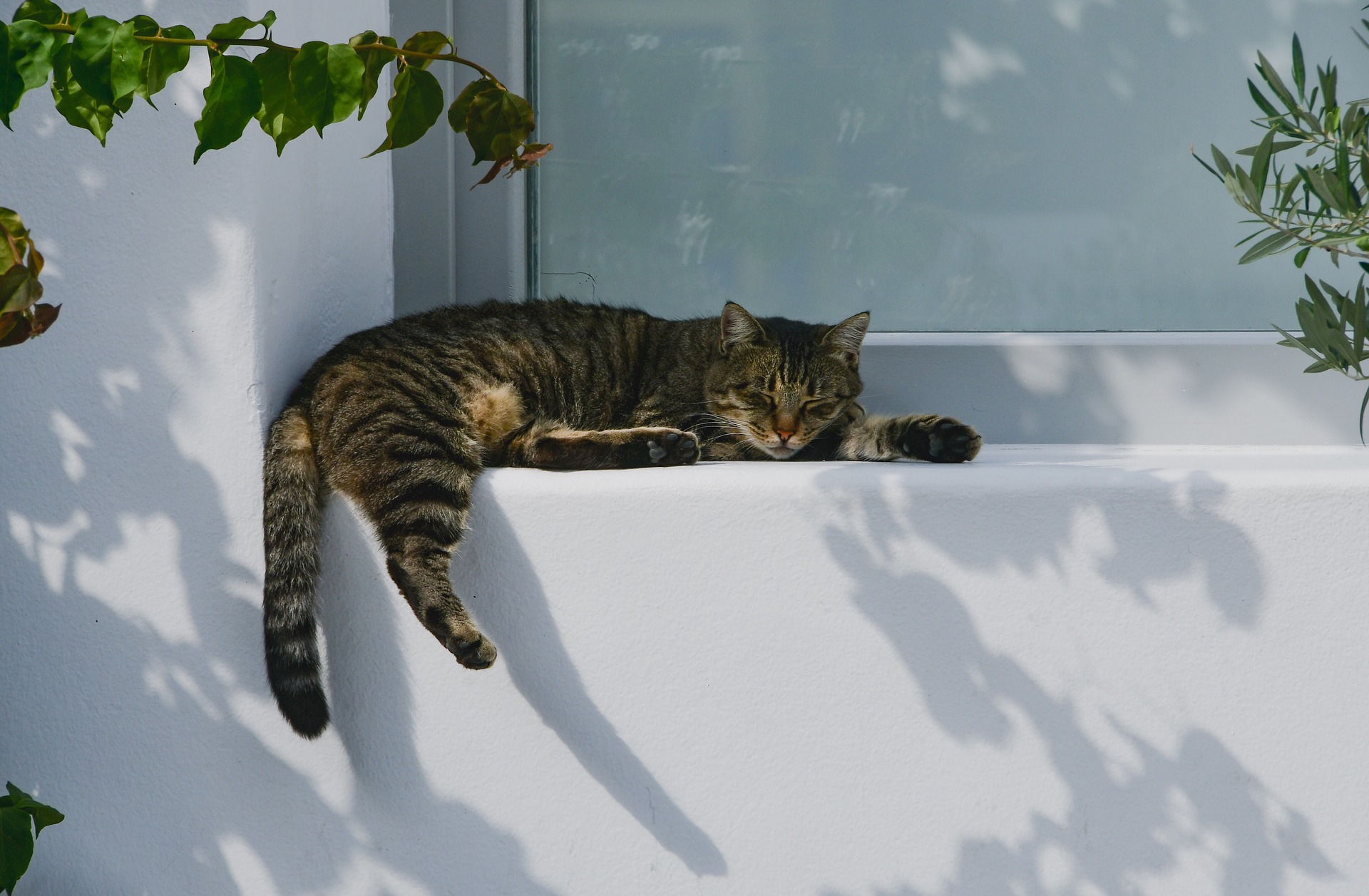